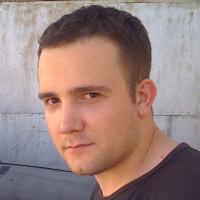 More than just a new version

Subrion 4 is something we've been working on for the past several months and finally we're are proud to share the results with you. Here is the list of the most significant changes.

Keeping two different frameworks in the system would be a strain on development and support, not to mention confusing. So we're not just deprecating the old templates framework, we're removing it entirely and will migrate some of our templates & plugins to the new framework, which is based on Bootstrap 3. This means more flexibility, mobile-friendlyness, and less loading time for your websites. Good catch, isn't it?

Every new release of Subrion is faster than the last, but in this release we did something special. We removed a lot of legacy code which existed in our software since its birth. We added more and more functionality in each release to make the software more abstract, so the development could be easier and faster. Sometimes, we had to keep the obsolete functionality to have plugins compatible with the new version. This is something we sacrify in 4.0 in favor of a faster and stable code.

We made the major step in becoming more open to the public. Now you can see the core development progress on Github and take part in the development. We would be happy to see you joining our forces to make the software better. Fork us and contribute your stuff! There are some contribution guidelines for you though. You should also report your issues to github. Every plugin has its own repository now.

Sometimes Subrion versioning system is a pain to understand. So this is something we finally take care of since 4.x version. Given a version number MAJOR.MINOR.PATCH, increment the:

Additional labels for pre-release and build metadata are available as extensions to the MAJOR.MINOR.PATCH format.

Please find the list of bugfixes & new features below:

You can find the full list of changes in our Development Issue Tracker.

Our clients get the best results when they have our team dedicated to their business for extended periods of time.
This is why we are looking for ongoing collaboration where our professionals are like your team members who just happen to be remote.
Ready to move forward?